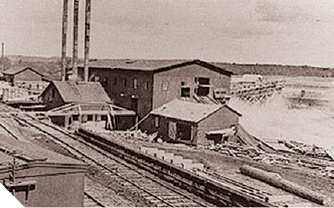 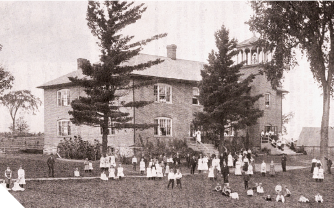 Covering a vast 298 km2 expanse of land, the Town of Cookshire-Eaton with its 5253 residents is the largest municipality in the Haut-Saint- François MRC. In fact, the Town’s current geographic area corresponds to that of the former Eaton Township established in 1800.

Amerindians once frequented the shores of the Eaton River, and Cookshire-Eaton was settled by pioneers from the United States and the British Isles, and later French-speaking inhabitants. Today, the land resembles a veritable canvas, featuring the area’s strong, rich history and heritage throughout its charming, pastoral landscapes.

Come and experience the tranquil countryside, wander along the scenic routes, discover the architectural treasures on the Loyalists’ Route and the Townships Trail, such as Cookshire’s St. Peter’s Church or Eaton Corner, one of the oldest villages in the Eastern Townships.

Commemorating the strong Scottish presence in the area, the stone structure at Parc des Braves in the middle of Cookshire provides an excellent opportunity to discover the celestial bodies. In the Johnville Bog and Forest Park, a conservation area where you can hike, cross-country ski, and snowshoe, the focus is on nature.

A location rich in history